There is a serious problem with how Online Streaming Players deliver advertising and I have to speak up about it. Okay I have had just about all I can take when it comes to Online Streaming Advertisements! I believe it is a problem with the streaming players themselves, and I should think the problem could be easily fixable.

I was watching “Under the Dome” Pilot on XFINITY yesterday. I was logged in from my user, and kept getting logged out of the video kept breaking up or looping. It was Exactly like that dajavoo cat scene in the Matrix. If you don’t know what I am talking about check out the following YouTube Link Deja vu Matrix.

After further investigation I discovered that the problem I was having with XFINITY (one of them anyway) was simple. The site was timing my login out because I still had the account management screen open in a different tab from the video. When the account timed out for security purposes it would also bump me off the active stream, and I had the video going in a different browser tab! This problem was discovered while watching Falling Skies most recent episode. The TNT website requires you to authenticate to watch the full episode in order to confirm your subscription with your local provider is valid. The authentication system makes sense and I have absolutely no problem with it. What I have a problem with however is getting logged out every 15 minutes from the XFINITY site and the video stream just halting and saying, “Please Sign in or subscribe to this service.” Message.

The Situation was made ten times worse however, when I discovered that after signing back in the show had lost my place and I had to find it again. Every single time I zoomed ahead OR back to find the right spot I was presented with an AD. Every single time even if that AD was showed to me 5 seconds ago. Additionally it was often the case that I was kicked out of the video (In the case of Falling Skies) at the 15 minute mark when the login would time out. This of course coincided directly with a commercial break which again I have no problem with. However I had to watch the same AD a second time when I resume the stream. This seems very inefficient and it is excessive to say the least.

Now back to “Under the Dome” and my issue with CBS. Which I finished watching just moments ago. The following is a letter I was going to send to CBS through the video player feedback system. The Feedback system only allows 250 characters, and I was told to shorten my comments this is what prompted me to finally write this blog post. The Feedback follows,

Your Web Based video streaming player needs to keep track of when a person was last presented with a commercial, and whether it not that person concluded the commercial. If the show cuts out or a user needs to reload the video. That user should not have to watch commercials on every single load/reload of the player interface.

Yesterday the player cut me off 4 times while watching a show and each time it had lost my place. So I had to watch a commercial when I came back but also when I was scanning for the right point I left off at. Advancing through the show was a real problem because I have to move the slider back and forth a few times. I am not exaggerating when I say that I watched about 40 minutes of commercials yesterday for a 43 minute show. Now today I am watching short 4 minute clips and extras, and again have to watch the same ad over and over again as I go through several 4.5 min extras! Its Insane and if I have to put up with it much longer I will stop visiting the site altogether. Let me be clear. I am not at all opposed to ads I understand they are how shows get made, but what the web interface is doing is spamming. And if its not criminal it should be.

I am glad online streaming is possible. Unlike most modern homes in our house there is only 1 TV, and I don’t have one in my room. Often times I think I wish I had my own TV. I also understand why people get Tivo boxes and I suddenly wish I had one of those as well. I actually don’t have room in my bedroom for a TV right now but I do have a white wall and good shade. I have half a mind to get a projector and a tivo of my own. My Roommates don’t always share the interests I do and the living room TV I have virtually no control over what gets put on the DVR out there I am always afraid to ask to add a show, because I am afraid it will interfere with a schedule they already have.

Online watching is my only choice for keeping up with my own TV interests and I am pleased that such great strides have been taken in recent years that allows me to watch shows online. So for that I thank you. And just so you know. The streaming quality was only poor when watching shows through XFINITY When I watched the Dome directly on CBS other than the Ads issue the quality was very good CBS so thank you.

With 50MBps Down rate on my connection I should have no problem at all streaming from any of the major  media websites.Companies need to run more quality assurance tests in regards to remote streaming customers.

© Image Credit: No Spam JPG from Tumblr edited and resampled.

While working for HyakDev.com LLC. I have the privilege of free access to O’Reilly Books or also known as Safari Books Online. Now the founder of it all Tim O’Reilly himself plans to be just down the street next week and I plan to go. How cool is that. Special thanks to Nick Moline for the heads up. 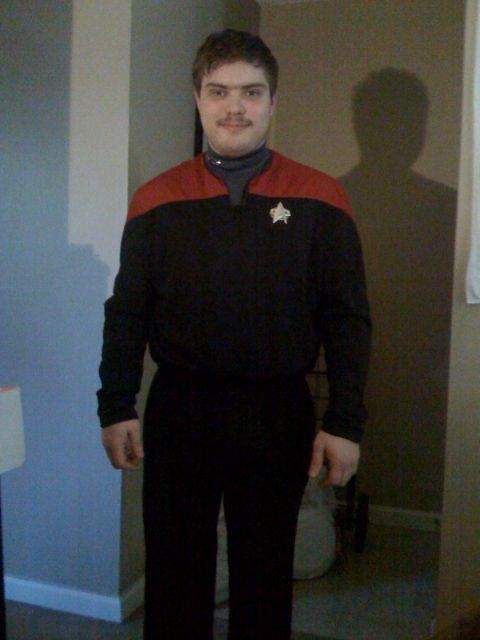 My new Captain’s uniform arrived today and I just had to try it on.

This is just scary, but maybe it is time to switch to a Mac. These people look like they had fun, but if they think this is a great video I am concerned about where the future of Microsoft creativity potential might be headed. 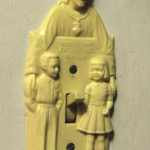 I was raised Catholic by my Mother and her side of the family. It was a good start toward knowing what in life was acceptable and what was right. As I grew older I even considered being a priest, but when I left my Mother’s roof my life took a different path. A Christian path but different and one that I felt meant more and did more for my life. I came across a picture in the FailBlog (Thanks to friend John MacDonald) that really hit home for me.

A Jesus light switch wall plate that matches one that could be found in my Mother’s home. It is sad because back then I would have never seen it as a problem perhaps even found some comfort in it when turning off the lights to go to bed, but now I just find it to be a disturbingly poor design. You can decide for yourself.

I have been told time and again that I drink way to much Coca-Cola This is of course true and I have never denied such a claim. I got chewed out recently for taking in so many that it was becoming a difficult expense. I tried to shrug that fact off because it threaten a way of life for me. I am an addict after all. I wish I had never gotten launched on the stuff now. I am worried about what it will do to my system, but being 26/27 I figure I am young I have time to put those worries behind me I will cross that bridge when I come to it. Wishful thinking since I even go sometimes as far as to tell myself “Technology will be better when I get older I won’t have to worry about the physical problems my parents did. 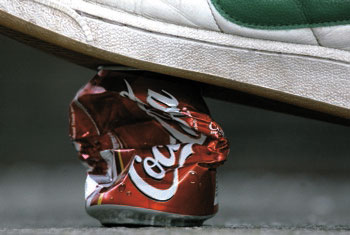 END_OF_DOCUMENT_TOKEN_TO_BE_REPLACED

I have a confession, I’m a PC User, Why? Because I love Video Games It’s a past time, and I never put much stock in the Compatibility of Macs. I am learning new truths as of late. A veil of simplicity has been cast before my eyes, and what I knew, what I believed, has been fed by fear , uncertainty and doubt. I will not fear truth any longer. Apple has taken leaps and bounds and is steadily growing to be master of computers once again, and I want one. I hope Mac is in my future.

The Geek in Me!

With Google+ plugin by Geoff Janes